How a Lack of Purpose Led to a Thriving Consultancy

Like many of us, Jon Davis had that moment in his career where he started to wonder, “What am I doing with my life?”

“I started thinking, what’s the impact I’m having?” Jon says. The thought consumed him, and he launched a full-force effort to discover what it was that he actually wanted to do.

He started studying books and articles about start-up companies and what it takes to “go from good to great.” He reached out to authors and attended seminars.

As time went by and the answer remained elusive, Jon got even more motivated. He began meeting with two people a month—forward-thinking individuals who were good networkers, knew him well, and would be honest with him—in order to share with them what made him tick, and get their input on how to turn that passion into a career. Finally, after dozens of conversations and hours of soul-searching, he realized his calling: to help others flourish.

That’s the key to a successful team, workplace, and life, Jon says: “It’s all about finding what it is that makes you get out of bed every morning.” And it’s his goal to help as many people as possible discover what that thing is, and then channel that drive in a way that not only makes them better at their jobs, but more fully enjoy life.

A pivotal moment for Jon came when he met Mike Whitehead at a TED conference in Charlotte, North Carolina. Whitehead is the founder of the Center for Intentional Leadership (CFIL). The mission of the consulting firm is to develop leaders within organizations, and create in them self-awareness and versatility. It boils down to teaching people to lead from a core purpose, says Jon, which is “when people are fueled by a compelling purpose and, at the same time, looking to achieve a bold vision.”

The mission behind Whitehead’s business compelled Jon, and the two started talking more about Jon’s idea for teaching others how to lead.

To pursue this dream, Jon left his senior management position in commercial real estate finance, gave up the comforts of the life he’d spent a decade building, and returned to square one. He rented out his house, moved into a small condo, and lived what he calls the start-up life. “Some weeks I had to decide whether or not I could afford blueberries,” he recalls. “Going through that made me appreciate where I’m at now. I’m glad I had to do it.”

Since 2012, Jon has been a senior leadership consultant with CFIL. His mission is to develop leaders — within nonprofits, businesses, schools, and on an individual level — by helping people pinpoint what it is that drives them.

A key factor in accomplishing that mission has been Jon’s remote executive assistant (or partner, as he calls her), Cyndi. Jon reached out to Boldly three years ago when he realized that the only barrier to being more productive and successful was himself. That is: he didn’t have enough time to do everything on his ever-growing checklist. With Cyndi’s help with scheduling, project management, and other administrative tasks, not only has Jon’s client list grown, but his personal wellness has, too. “Boldly has been a big reason I’ve been able to accelerate the results I’m having,” he explains. “It also allows me to take care of myself. It was an investment initially, but it has paid off.”

Jon acknowledges another reason for the rapid growth of his business is that this form of leadership — giving workers more freedom to contribute and learn, using people’s strengths to build a stronger workplace culture — has become much more mainstream. “Self-awareness and caring about people is what the best companies – Google, SAS, Apple – are doing,” Jon says. “As word gets out there’s a ‘secret sauce’ that people are leveraging, more and more people want to engage in that.”

Jon’s long-term goals are to see companies and organizations maintain their success while simultaneously allowing their employees to be leaders, and to help people work to live instead of live to work. That kind of thinking is a huge shift in the current corporate structure, he says, but it’s something that needs to happen. 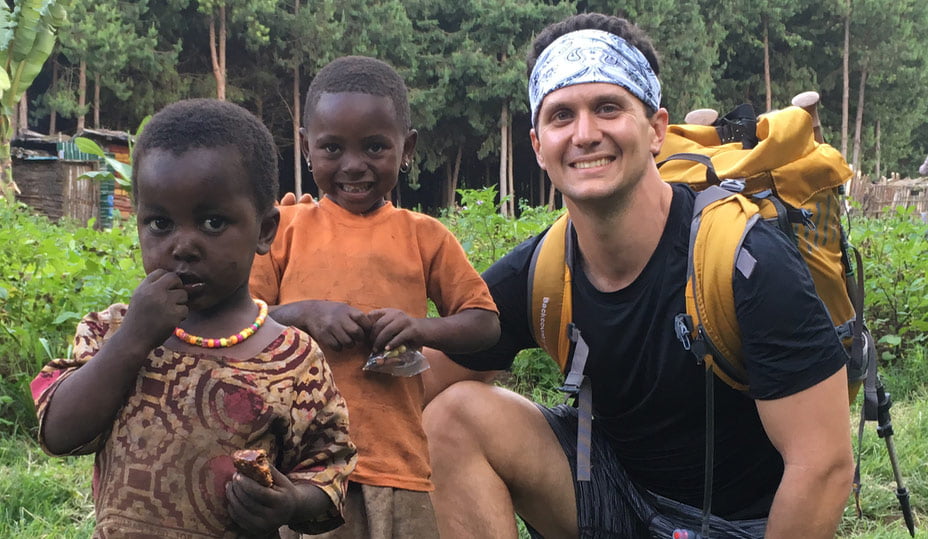 “I’d really like to see businesses, societies, and communities be about keeping people well and enjoying their lives,” he says. “I want to help people flourish; to help them find what makes them feel energized, perform well, and be present. When people feel free and at their best is when they produce great things: at work, within their families, and in their communities.”

And Jon has found what drives him to success and gets him out of bed in the morning: “I work with great people who I want to be around, who want to grow and who connect to the work,” he says.

In the Boldly Leadership Series we share the stories of some of the inspiring leaders we support at Boldly. In this post, we shared the story of Jon Davis, senior leadership consultant at the Center for Intentional Leadership.

About the author: Sandra Lewis is the Founder and CEO of Boldly. She's passionate about helping founders move their business forward with the right skills and resources. Setting an example of the efficiencies gained working virtually, she manages her entire team on a virtual basis.